That was a tailor-made show. The guests arrived at the Palace Hotel. Some “special stewardess” greeted the attendants. It seemed there was a wedding at the Hotel on that day. Before entering the dining hall; the guests are offered some snacks and a drink. The waiters (all actors) carried serving dishes with electronic cocktail snacks made from computer appliances as chips and other devices. The public entered the dining room. We placed an extra guest for each table; a guest who had nothing in common with the rest. The characters talked with their colleagues as if they were old friends, but was obvious that the extra guest was out of place… Later on, a bride and her mother entered the dining room quite upset, as if they were looking for somebody. Then was revealed that the extra guests did not belong to the Sun Microsystems party: they had to be attending the wedding dinner. They all leaved the party with the meal unfinished. Finally, all the executives gave their speeches; followed by a final sketch to celebrate the 10th Anniversary of Sun Microsystems. We served the anniversary cake with a musical sketch to close the event. 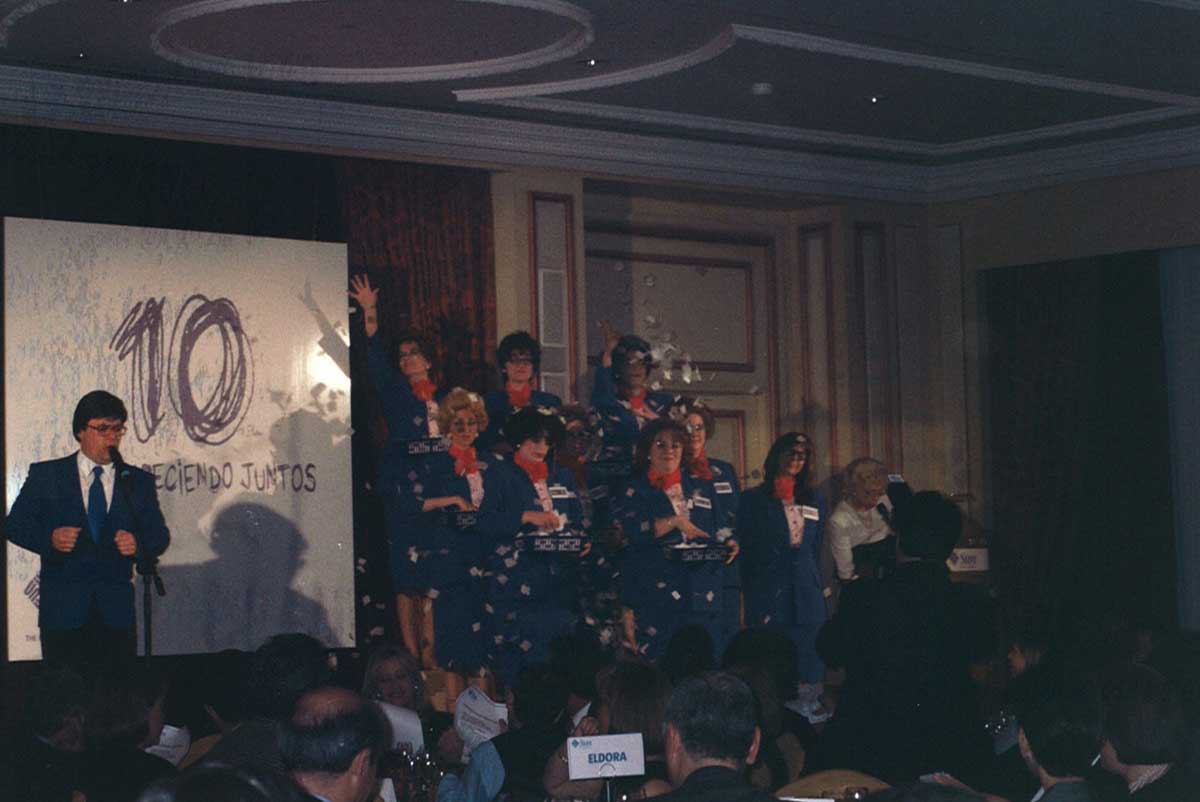 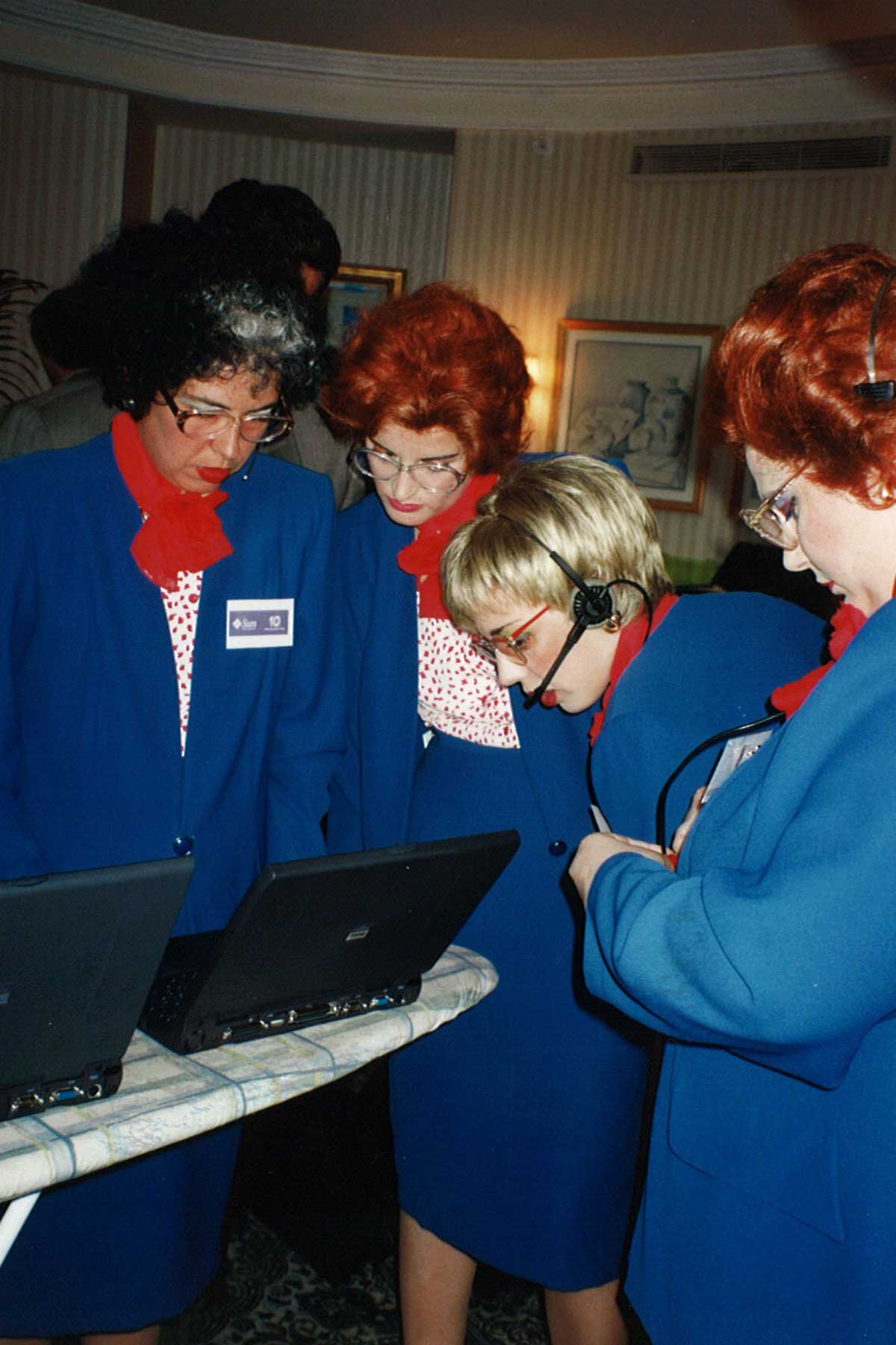